Here's how I've started using Blender 2.77 to paint layers in 3d or 2d that can be exported as PNG files with transparency.

In this example I'm creating a layer so that I can add make-up to HiveWire3d's Dawn figure with Alpha and so that I can have a separate image of just the make up and not have to paint directly onto the skin texture itself.

Slice your Mesh up with Boolean

I missed this great Blender modifier for  ..ever ..until now! Boolean

So I made some boots in blender and want change the cut - but the mesh is awkward to remodel.  In Blender there is a modifier that lets you slice through an object with another object (in this case a plane to cut through my boots) 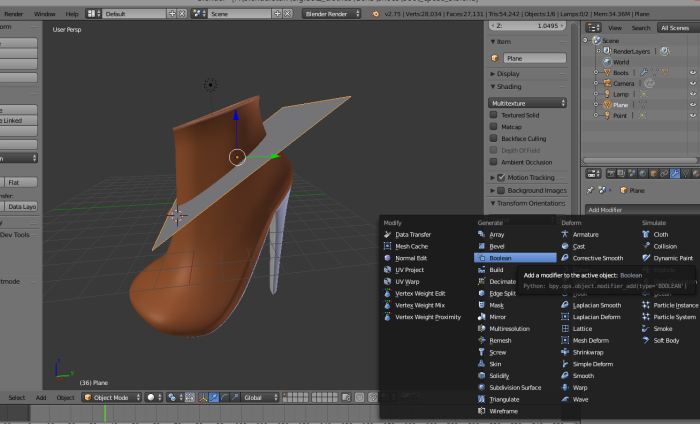 Below is the resulting mesh, the original boots are still there but I have hidden them 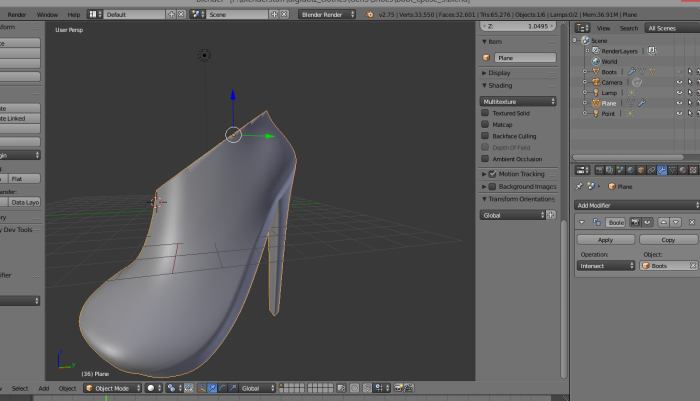 You will need to tidy up the area of the cut but that's no problem. Happy days!

Sometimes you want to make your object emit light but don't want the actual object showing in your render.